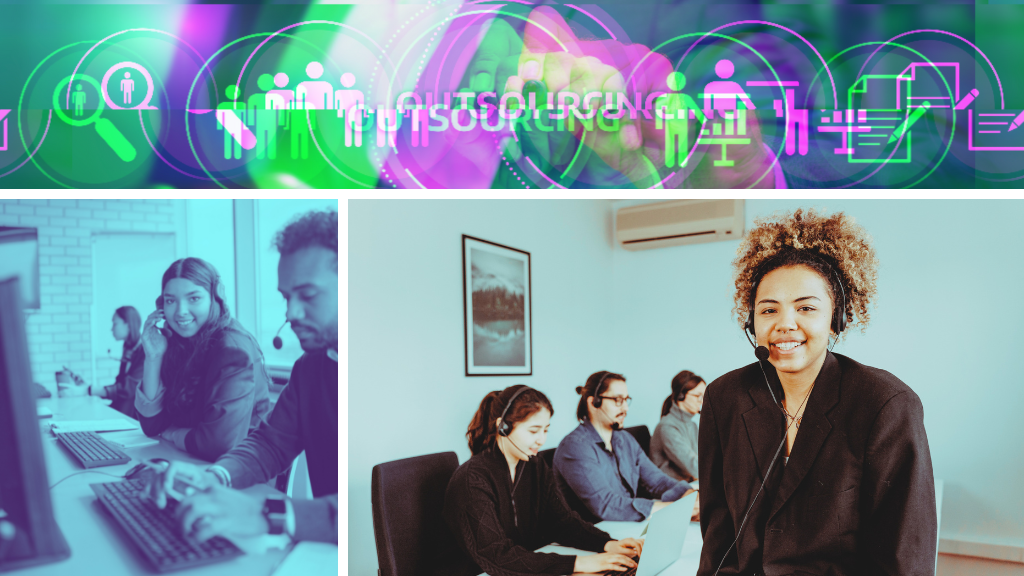 The Philippines has rapidly developed recently and made major advances in this sector over the last decade. The 2016 Tholons report of the top 100 outsourcing destinations places two Philippine cities among the top 10 outsourcing destinations: Manila at 2nd place, and Cebu at 7th place. This is a strong indicator of how successful the outsourcing industry has become in the Philippines. This industry has grown at a rate of 30% over the last ten years, and appears set to continue this strong development.

Probably the strongest influence is from the USA. As a result, English is used as an official language in the country and is the main language used in schools and business. Wikipedia lists 78% of the Philippine population as being English speakers, whereas India only has 10% English speakers among its population.

Since outsourcers in the Philippines speak excellent English, this makes them a great choice for customer support services to Western clients. The accent of Filipinos speaking English is widely considered to be easier to understand than that of other Asian countries.

The Philippines is one of the largest Roman Catholic countries in the world, and thus has a similar religious background to Western countries. In addition, pop culture coming from the USA is very popular in the Philippines, making especially the younger generation highly aligned with Western culture.

Together with their proficiency in English, this makes it easier to integrate Filipino outsources into Western companies compared to outsourcers from other Asian countries.

The Philippines is a low-cost country, due to the fact that the minimum daily wage in the Philippines is between $6 and $10, depending on the city. Because of this, it’s possible to hire Filipino outsourcers at a fraction of the cost compared to workers in Western countries.

Fresh graduates from high-quality universities can be employed for as little as $300 per month, and while more experienced workers (especially in sectors such as Software Development) tend to cost more than this, they are still much cheaper than equivalent workers in high-income countries.

Government Support for the Outsourcing Industry

The government of the Philippines has recognized the outsourcing industry as one of the strongest areas of economic growth in the country and aims to further support this trend.

The rate of literacy in the Philippines is above 95%, and more than 450,000 students graduate from universities every year. There are several top universities in the country, which produce high-quality graduates every year.

Traditionally, many of the best Filipino graduates used to move overseas, to find work in high-income countries. However, the rise of the local outsourcing industry has now provided them with another option. Instead of moving far away, top university graduates can now find good jobs at home, which many of them prefer, as it enables them to stay close to their families.

Many university graduates turn to the BPO/outsourcing sector as one of the best career opportunities in the country. In fact, several Filipino universities offer training specifically aimed to prepare students for this kind of career. Due to this, outsourcing companies in the Philippines can easily find, and hire, top-quality workers that are highly motivated, and who stay with their company for many years.

Taken together, the Philippines offers many benefits for outsourcing projects. The high-quality English skills and the cultural compatibility with the West, together with the availability of highly educated and motivated workers, makes the Philippines one of the best outsourcing destinations in the world. If you add the cost savings on top of these advantages, it becomes clear why so many companies are choosing the Philippines to cover their outsourcing needs.


Get in touch today to book a confidential call with our co-founders Kim Lombardi and John Rodgers.


If you are considering outsourcing and find talent, start your outsourcing journey today with this e-book.

Outsourcing recruitment can bring a range of benefits to businesses of all sizes, including increased efficiency, access to a wider pool of candidates, and cost savings. At the end, you will understand outsourcing recruitment can help your business achieve your hiring goals.
Read more
Outsourcing can help companies improve their efficiency and save a lot of money. Even the most menial tasks can bring a positive change. By doing so, the company in question can avoid hiring new permanent employees or burdening its existing workforce. Agents are contracted outside to perform certain tasks instead of directly hiring new employees or assigning those tasks to existing tasks. Find out what are the different types of outsourcing.
Read more
Outsourcing has become a buzzword in recent years. Many companies are now looking at ways to outsource their operations to save costs. However, there are a lot of myths and misunderstandings about outsourcing jobs to other countries. Find out what are these myths and how to respond to them.
Read more

This is a modal popup

Please complete the form below for more information.